The next topic close to my heart is Photography.

When I first thought about writing this article, I wanted to find some sample images to showcase my work.  This highlighted my first problem; the lack of an organised photo library.  Partly due to some broken servers, therefore I’ve had been rather slack.  A story for another day…

This led me to my second problem; organising my media.  While I located and stored my content on the server, I still had no metadata to find the images I was after.  I had to rely on my memory and some fairly strange folder naming conventions.  Seems like I have another problem I need to fix, but we can wait another day for that story.

So, for now, I’ve located a few images that paint a story of my Photography journey.

So, people has asked me.  Why Photography?

This one is simple; I’m terrible at many create pursuits (drawing, painting, sculpting et al).  For some reason, I found I was good at Photography.  I guess it was the ability to snapshot the moment, using basic skills, which I could share what I saw in that moment.

I did try a few different creative arts, but I didn’t think I was that good.  Well not like my peers.  I even thought about a career in Photography, then I realised I might lose my love for Photography if it became a career.  I felt at the time you had to be the best if you were to make a comfortable living from it.  Fine like to balance, so I played it safe and stuck with Information Technology.  Don’t regret it for one day.

My passion for Music and Photography were a natural intersection.  I attended a lot of gigs and took a lot of Photos.  I was always in awe of the Pros, plying their trade like they weren’t even there.  The fact they never disturbed the music’s vibe meant they were good. 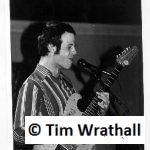 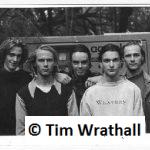 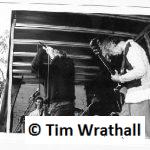 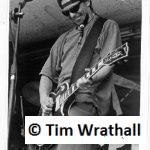 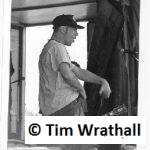 Aside from Music, I have a few influences.

When I studied Photography at High School, I was influenced by the work of Max Dupain and David Moore.  I was fascinated by their portfolio mix; whilst they both excelled at shooting architecture, they showed an amazing talent to capture the ‘human condition’ in the raw.

If I was to choose my two standout images, it would be Redfern Interior and Sunbaker.  Even in this era of digital photography, they both stand the test of time.

I read that Max Dupain never declared what his favourite photo was.  Everyone picks this one, and I tend to agree with the masses.  However, I still love his architecture work.  The shot below, again pre-digital, showcases his technical skills.  The clouds, facia on the building, foreground – all difficult to get right.  This photo make it look easy.  There is a lot of his work on the internet, and I recommend you go and look at it.

The impact on me

So, how did this influence me?  I shot a lot of trestle Bridges, especially the old Train Bridges.  There is a photo I took of an abandoned warehouse at Lake Eildon.  Initially, I didn’t think much of it, you know, just finishing off the roll of Film.   But, as I played around with it, it became my favourite non-digital photo.  I made a large print (16 x 20in), complete with sepia toning.  The gallery image does not do it justice, but the original hangs proudly on my Wall at Home. 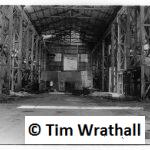 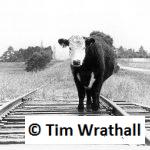 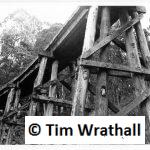 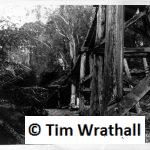 Next, I’ll expand on life in the digital age.  Stay tuned.